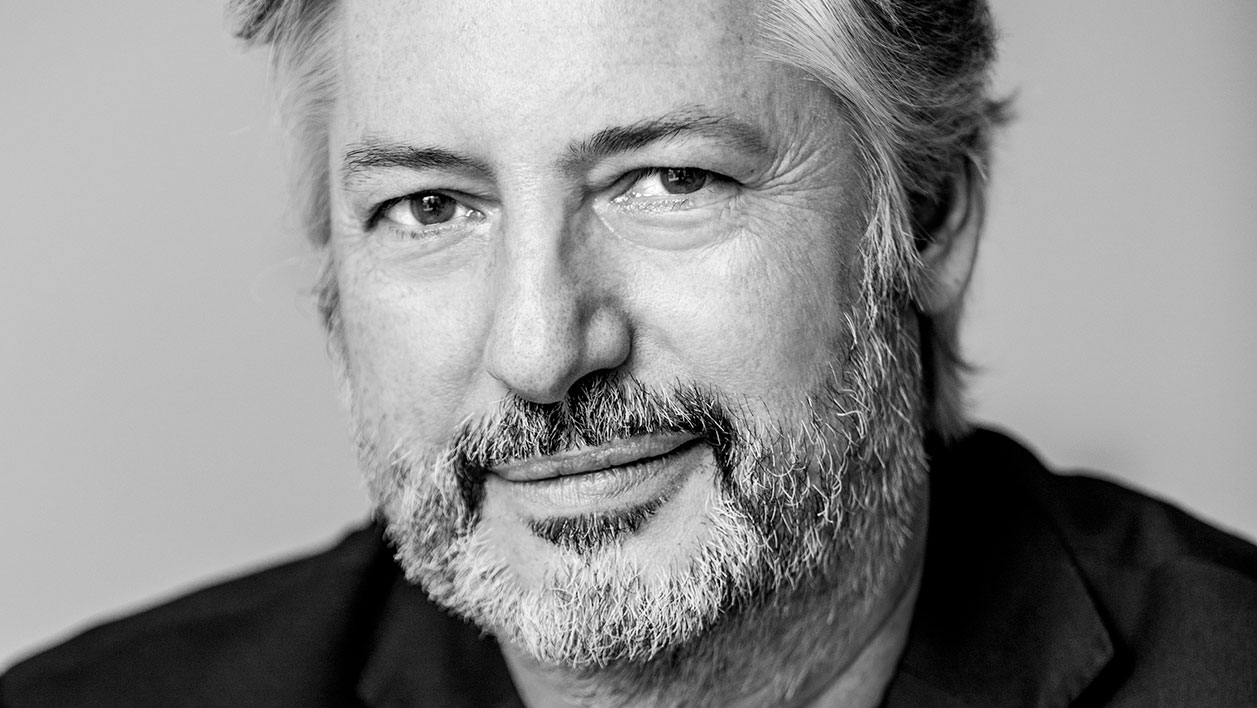 Electrical Engineer with a specialization in telecommunications from the Free University of Brussels (ULB, 1987), he received a First Prize and a post-graduate diploma in Electroacoustic Composition from the Royal Conservatories of Music in Brussels (1993) and in Mons (1996). He is co-founder and president of FeBeME-BEFEM (Belgian Federation of Electroacoustic Music) and ARTeM (Art, Research, Technology & Music, in Brussels), and founding member of the Forum des Compositeurs.

First researcher in the field of speech processing at the Laboratory of Experimental Phonetics within the ULB (1987-1988), he became head of the Computer Music Research at the Polytechnic Faculty and the Royal Conservatory of Music in Mons (1992-1997), where the instruments he developed were used by composers Leo Kupper and Robert Normandeau. He collaborated on several occasions with IRCAM where his software tools were used by Joshua Fineberg, Emmanuel Nunes, Luca Francesconi, among others.

He was Belgian representative of the European COST (Cooperation in Science & Technology) actions "Digital Audio Effects" (DAFX, 1997-2001) and "Gesture Controlled Audio Systems" (CONGAS, 2003-2007).
He was researcher from 2008 to 2013 at the Numediart Institute within the University of Mons and taught from 2008 to 2015 within the digital art program at Arts2, the School for the Arts in Mons.
Alongside this work, he has been developing at ARTeM since 1993 interactive systems for studio environments, concerts, sound installations and dance performances, exploring the possibilities of a wide variety of sensors, including a custom-made sensors system for violinist Stevie Wishart and the development of interactive audio-visual installations with FoAM in Brussels.

His electroacoustic music demonstrates a special interest in multichannel composition and the use of space, as well as in experimenting with new methods of interaction and sound transformation, where gesture plays an important role. He revisits the concept of the séquence-jeu (play-sequences associated with specific gestures) in the digital domain, in order to achieve a greater degree of expressivity.

In parallel to his work in fixed-medium acousmatic music, he develops gesture-controlled virtual instruments for live performances, from improvisations with musicians like Jean-Paul Dessy, Eric Sleichim and Stevie Wishart, to solo concerts, often combined with spatialization algorithms developed for the Zirkonium while in residency at ZKM, and ensemble works. In his audio-visual work « eVanescens » with video-artist Laura Colmenares Guerra, cellist Sigrid Vandenbogaerde wears custom-made sensors that allow her to transform both the acoustic sound of her instrument and the interactive video.

Passionate about creating dialogue with other art forms, he also composes music for film, video, dance, theatre, and sound installations. His long artistic collaboration with Belgian choreographer Michèle Noiret began in 1988 and has continued through 16 productions to the present day. He has also produced a series of interactive installations, often in collaboration with visual artists, including Marie-Jo Lafontaine, Fred Vaillant, Mario Benjamin, and Laura Colmenares Guerra.

He received the Prize of the Audience at the Noroit Competition (France, 91), Mentions (2002, 2005 and 2009) and a First Prize (2007) at the Bourges Competitions and was several times finalist.
Amongst others, he received commissions from the Opéra de Paris (F), Institut de Musique Electroacoustique de Bourges (F), Musiques Nouvelles (B), Art Zoyd (F), Ars Musica (B), Musée des Beaux-Arts d’Angers (F), Festivaal van Vlaanderen (B) and Zentrum für Kunst und Medientechnologie (ZKM, DE).
His music is regularly programmed in international festivals.

Traces, transformations, fluctuations, rhythms and spatial architectures are the essential elements of this composition. Different sonic materials are analysed according to psycho-acoustical criteria and processed using transpositions and sequential shifts, time quantisation and distortion and application of various selection criteria. This creates a transfigured reality through digital synthesis and the live instruments. This reality explores various sonic universes whilst keeping traces of some of the energetic and morphological characteristics of the original sound sources. For example, the particular rhythm and prosody of a voice will be transposed into instrumental phrases. A granulation algorithm controlled in real time by the Theremin player manipulates another voice and submits it to temporal, timbral and spatial changes. This voice is heard again reciting the verses of the Danish poet J. P. Jacobsen “Evig og uden forandring”. The phenomena of instability and balance running through the entire score are closely linked with the analysis methods. This can be heard in the strings, the Theremin, and the keyboard parts. In a paradoxical way, these unstable elements when juxtaposed, repeated, permuted and transformed, create rhythms that are emphasized by the percussion. Various techniques of sound-projection place the listener in virtual architectures that are alternatively smooth and metric, static and dynamic.

This is the second movement of an on-going project, exploring different ways of using voices. Each movement may be played independently. The CD is a stereo reduction that doesn't allow the full spatial organisation of sounds to come forward. The 8-tracks ADAT version should be preferred for concert.

"Distant Voices" is a very personal piece. I sometimes think that the reason I came to electroacoustic music composition has its roots in an often repeated child experience. Around the age of seven I started making small radios with a handful of components. Those radios had no amplifier and could only be listened to with a small crystal earphone. I spent hours listening to many different short-wave radio programs at night. As the tuning was far from perfect, I usually picked up two or three programs at the same time, focusing on one or the other, most often foreign languages I didn't understand.
Those distant, unknown and mysterious voices were fascinating. And so were the coincidences that arose from time to time between different programs, like if they were answering to each other even though they were probably thousands of miles away from each other and spoke different languages.

"Voices Part II - Distant voices" recreates an imaginary world of sounds reminiscent of those feelings of floating and endless spaces, of unlikely communication and mystery. Telephone voices are probably the perfect metaphor of this paradoxical situation of being both very close and absent at the same time. The space is illuminated by voices that appear, flicker, disappear, a bit like stars or lighthouses in a night full of beeps and long high-pitched frequency sweeps, modulated by slow changes in timbers, resonances and amplitudes.

"Voices Part II - Distant Voices" was commissioned by IMEB (Institut de Musique Electroacoustique de Bourges) and was premiered at the International Festival "Synthèse/00" in Bourges on the 13th of June 2000.

This music was composed in 1995 on the silent film "Back to reason" realised by Man Ray in France in 1923. It was commissioned by the Société Philharmonique de Bruxelles and by the Cinémathèque Royale de Belgique for a concert celebrating the one hundred anniversary of Cinema at the Luna Theater in Brussels. A dedicated hardware was developed in order to synchronise the 35 mm silent film, restored by the Cinémathèque Royale de Belgique, with an ADAT tape playing the music.

The music was composed in hexaphonic format and most of the sound materials where generated by a real-time multichannel granular morphing algorithm developed at the Polytechnic Faculty in Mons, Belgium, and running on the IRCAM Sound Processing Workstation. Some other sound materials were generated with the help of a program simulating the behaviour of a pendulum and triggering sounds according to its position and speed.

Almost no effects were applied to the sounds to match with the nature of the images evolving from grainy textures to a naked woman body, with many unexpected abrupt cuts. I wanted to transpose this constant use of apparently non-related pictures and to stress the impression of non-sense present all along this dadaist movie.

This work was composed with the help of the "Communauté française de Belgique - Direction générale de la Culture".

This music was composed in 1995 for the one hundred anniversary of cinema on the silent film "Jeux des reflets et de la vitesse" realised by Henry Chomette in France in 1925. It was commissioned by the Société Philharmonique de Bruxelles and by the Cinémathèque Royale de Belgique for a concert celebrating the one hundred anniversary of Cinema at the Luna Theater in Brussels. A dedicated hardware was developed in order to synchronise the 35 mm silent film, restored by the Cinémathèque Royale de Belgique, with an ADAT tape playing the music.

The music was composed in hexaphonic format and most of the sound materials where generated by a real-time multichannel granular morphing algorithm developed at the Polytechnic Faculty in Mons, Belgium, and running on the IRCAM Sound Processing Workstation.

The older brother of René Clair, Henry Chomette made some experimental movies. This one is made out of retrieved fragments of pictures celebrating Paris as a town in perpetual movement. Most of the film is a long hypnotising run through Paris by train and by boat. The music accentuates the impression of speed and the constantly moving rhythmical and hexaphonic spatial sound textures surround the audience, creating spinning movements as well as a sort of musical travelling. Passing through tunnels and under bridges becomes almost a physical experience...

This work was composed with the help of the "Communauté française de Belgique - Direction générale de la Culture".

Those water leaks remember their old paths. Every drop that falls begins a track and ends up in the same well. Is there autonomy in the quest for truth?
…She believed fate belonged to her, but she cannot help submerging in those labyrinths as they continue to darken.
Beyond the Divide forces the spectator through a visceral state of mind, as if climbing a steep cliff of the human psyche. 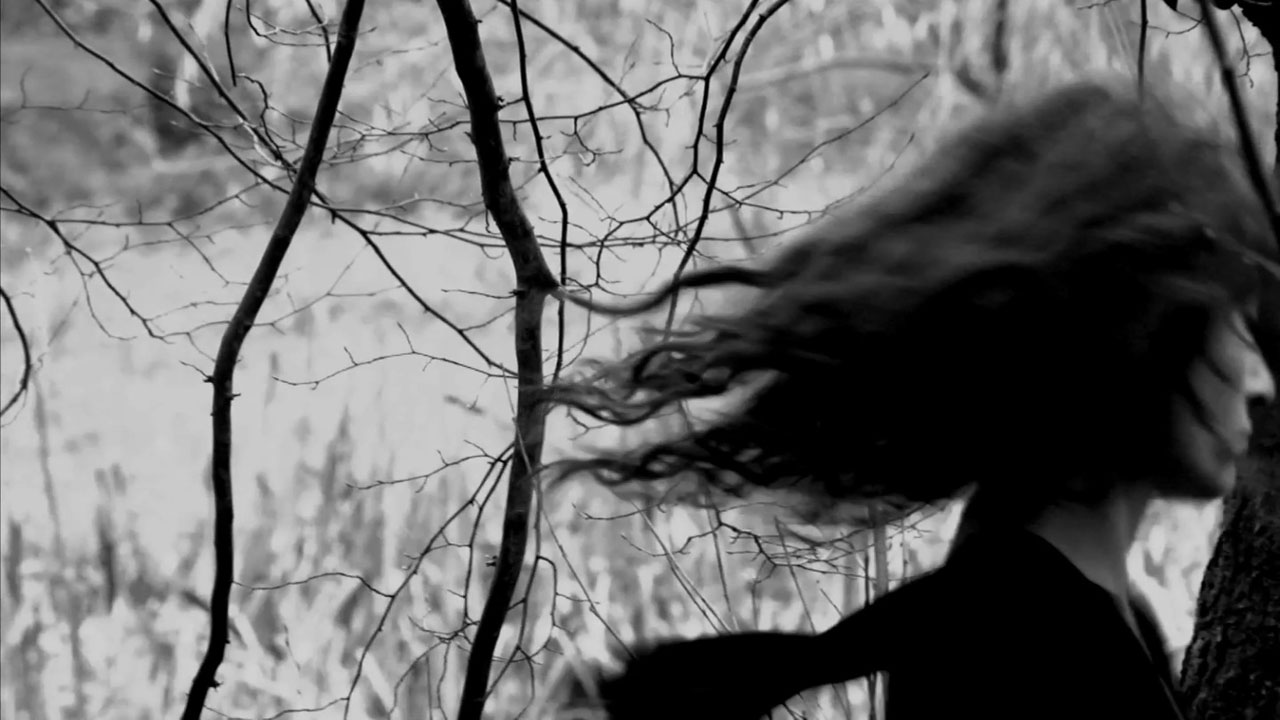 Something happened to that city. Could be Beirut.