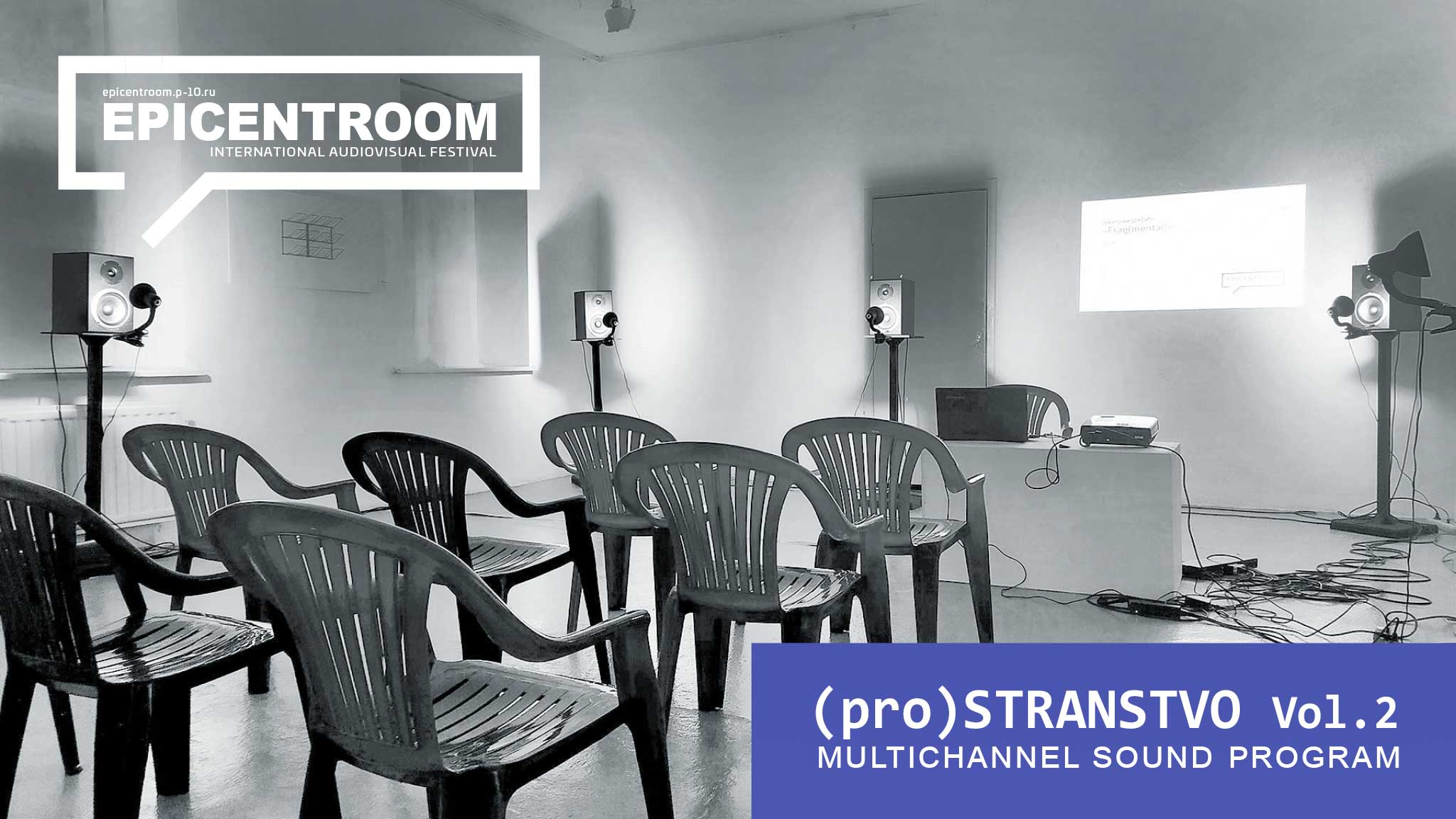 fwer (from fear, fewer) departs from Patrick K.-H. cycle of William S. Burroughs works (along with “Most Natural Pain” 2016, and several live acts). “Fear of death is form of stasis horrors. The dead weight of time.” Words getting lost in music composition.

Octophonic piece that arises from the topic - Emotional perception - (emotional filters), which integrates the project "Perception in three instants." Discernment and interpretation in permanence, divisions and disconnections of sensations, ruptures filtered by the conscience forming a cyclic unit of perception.

Lyse, which means "bright" in Norwegian, uses the voice as a point of departure and return, in which it is incised as memory and reflexion. The high sounds in different textures interrelate and embrace the listener to immerse him in the sound and expand his listening.

This piece was created by producing a series of ten videos that each feature a single note drone. With these videos uploaded to YouTube, I then used four laptops to “play” the different notes via video streaming. The recording was made in a studio space with ambient sounds present.

João Castro Pinto (Portugal). Pareidolia, or of the dreamt gardens

Pareidolia denotes the psychological phenomenon, of involuntary nature, in which the subject assigns meaning to random sound and/or visual stimuli which do not hold, in themselves, any significance (eg: interpreting figures in the clouds or in other objects [man-made or natural]). The experience of pareidolia happens during wakefulness but it's in the sleep state & during the act of dreaming, which reveals its most daunting dimensions. While dreaming, the "misleading" character of the pareidolia may present unusual meanings, allowing distinct interpretations, often experienced more emotionally than mentally, more trans-rationally than rationally. Hence, significant cleavages burst between the represented sound-images and their potential meaning. At stake here is the mystery of the border between the real and the imaginal planes, between meanings that can participate / pervade both levels, implying ontological contradictions. The intent of this 8 channels acousmatic piece is to musically narrate a series of recurring dreams that illustrate the search for meaning, portrayed through an erratic wandering through an enigmatic garden (Hortus), a place with no defined borders, an utopian garden where the physical laws of the world do not verify, resulting thus more in a psychic-sonic-garden than in an actual garden.

Roberto Moscoso Hurtado (Ecuador) The Story of the end of Atahualpa

The Story of the end of Atahualpa is built from the recordings made by Mabel Petroff and Bruno Castillo. On the one hand, there is the work APAMUY SHUNGO, a work developed by the Ecuadorian composer Gerardo Guevara, based on a well-known melody rooted in the original peoples of the Ecuadorian highlands. And secondly are the recordings of the text "The Tragedy of the End of Atahualpa" that the interpreters make as a script reading.

Malleability is a piece about physical manipulation. From the recording of the source sounds (small pieces of metal, clothespins, a rubber band, and isolated instruments), to the electronic sounds (sine waves generated on a touch controller), to the mixing (mapped MIDI controller and joysticks), everything is created and placed by hand. As the piece progresses, the sounds are shaped using more “hands on” control, gradually forming into larger structures and blurring the lines of their sources before merging into sine waves. Similar manner to sculpting clay, shapes form and reform throughout, giving way to more and more refined forms.

A dark and precarious sound world. Built largely from the sounds of a human voice, this work highlights small, intimate textures and subtle shifts of tone, punctuated by abrupt moments of intensity. As the work moves episodically from abstract to highly semantic, an unsettling impression of loss and its consequences is unveiled.

For all the peace attempts, past and future! Let’s put an end to war.

Acousmatic music on the topic of human conflicts to support peace processes throughout the world. Here’s hoping order can be reestablished one day. May these shambles stop and may we lay down our weapons. Acoustic sounds have been borrowed from real events, then modified and mixed in with electronic sounds. These sounds have been laid out anarchically, in a large crescendo/decrescendo structure. This structure takes us through material noise, human noise, excitement, live reports, tumbles of sounds, then the rise of a tornado, and finally, disarmament.

Derived from the Latin, "claustrum," meaning "shut-in" or "enclosure." Claustro is the third composition in a series of works which explore aural micro-space. A sounding place of improved intelligibility through greater aural intimacy. The work is an invitation to come in and listen out for the thin line between philia and phobia that such places evoke. The discontinuous and non-homogenous nature of acoustic space inspires the arrangement of sound materials here. Recordings of original sound sources were conducted using a micro multichannel array designed and built in collaboration with Huw Mcgregor.